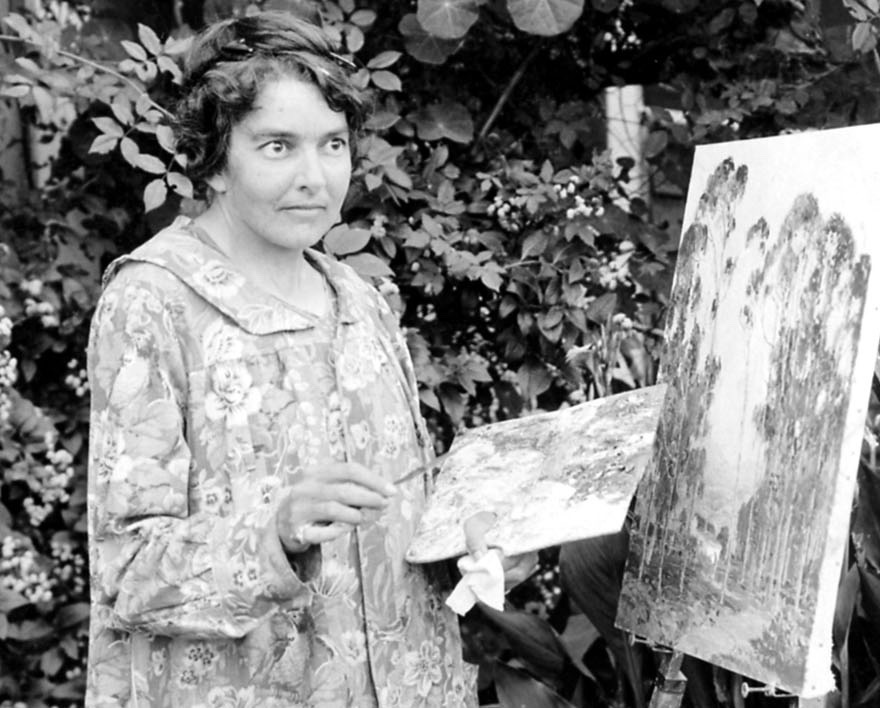 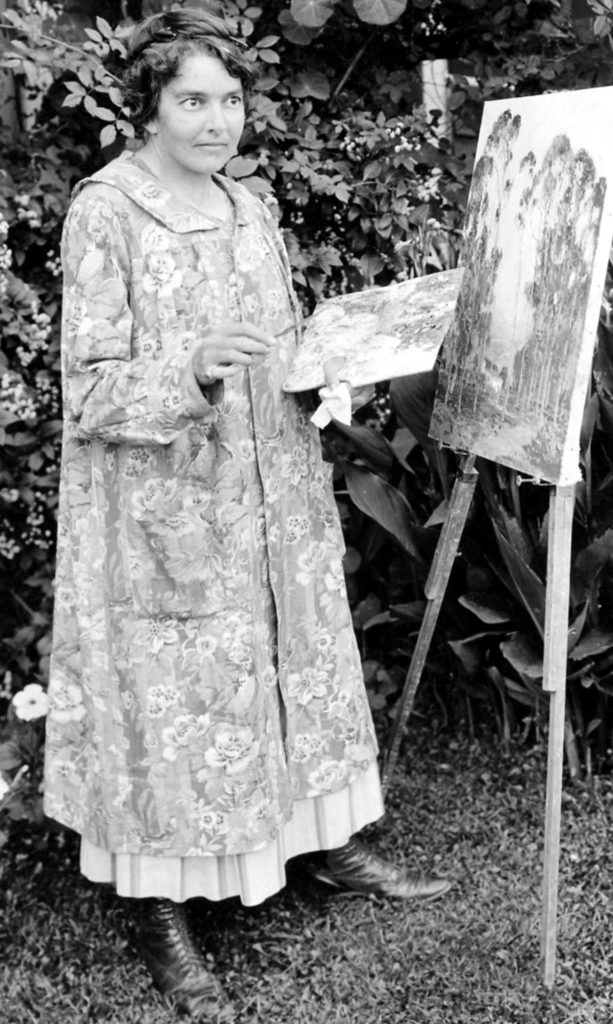 Anna Althea Hills was born on January 28, 1882, in Ravenna, Ohio. Her father was the Reverend Aaron Merritt Hills and her mother was Althea Alamanda Ford. Anna was the second of five children. In 1886, her mother died and her father remarried. Because of her father’s occupation, Anna’s family moved often, living in several places throughout the Midwest.

In 1898, Hills enrolled for art classes at Olivet College in Michigan. In 1902, she studied at the School of the Art Institute of Chicago, and in 1905, at the Cooper Union Art School in New York City. She worked with Arthur Wesley Dow (1857-1922) for two years. In 1908, she went to Europe where she took classes at the Académie Julian in Paris. She traveled and painted in Holland and England, where she studied with John Noble Barlow (1861-1917).

She returned to the United States and moved to Los Angeles around 1912. A year later she relocated to Laguna Beach where she lived for the rest of her life. Hills became a founding member of the Laguna Beach Art Association in 1918. She was a tireless leader of that group, serving as president from 1922 to 1925 and again from 1927 to 1930. Under her leadership, the association raised the funds necessary to purchase the land and build a permanent art gallery. The Laguna Beach Art Association Gallery later became the Laguna Art Museum.

Originally a figure and genre painter, Hills turned to landscape painting after her move to California. She was a popular and highly respected teacher and had many art students, notably George Brandriff (1890-1936) and Joane Cromwell (1895-1969). She actively promoted the visual arts through lectures and by organizing exhibitions that circulated among Orange County public schools.

Anna Hills died on June 13, 1930, in Laguna Beach, California. She is interred at Fairhaven Memorial Park, in Santa Ana.

Top Photo: Anna Hills at her easel (photo courtesy of The University of California, Irvine, Museum and Institute for California Art)