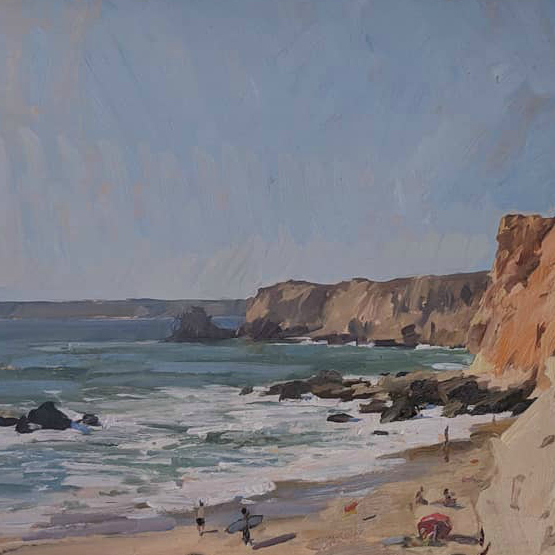 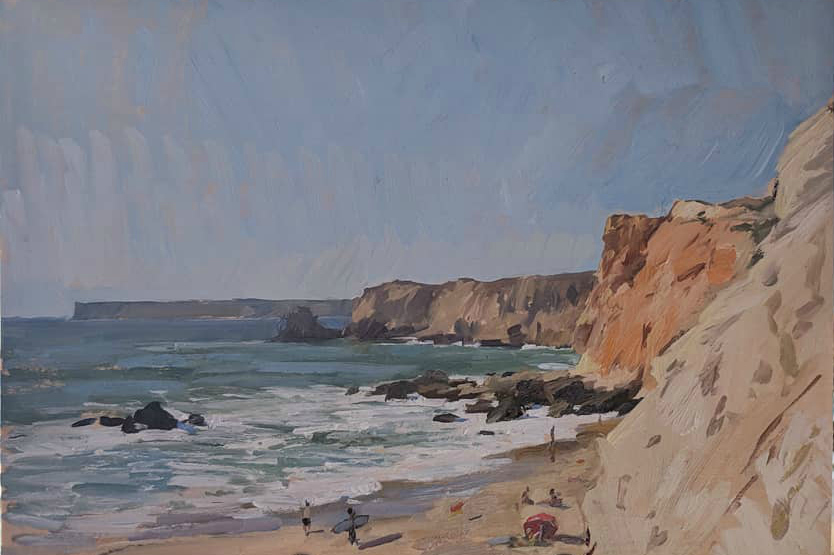 Marc describes himself as an American naturalistic painter.

He was born in Los Angeles in 1972. From the age of 6 to 10 Marc lived in the Fiji Islands where his father was a regional director of the Peace Corps. The beauty of Fiji and his native California instilled in him a love of the natural world.

Marc’s foundation in fine art began at the University of California at Santa Cruz where he originally studied biology. The excellent art instructors Patrick Ahern and Hardy Hanson introduced him to plein air landscape painting and academic drawing, respectively.

After finishing Phi Beta Kappa in 1992 he moved to Italy and trained at Charles H. Cecil Studios in Florence from 1992 to 1996. Cecil Studios is a traditional painting atelier directly descended, via R. H. Ives Gammell and William Paxton, to the Ecole des Beaux Arts in Paris under Jean-Léon Gérôme. Today the school maintains a rigorous drawing and painting curriculum similar to the Academies of 19th-Century Europe.