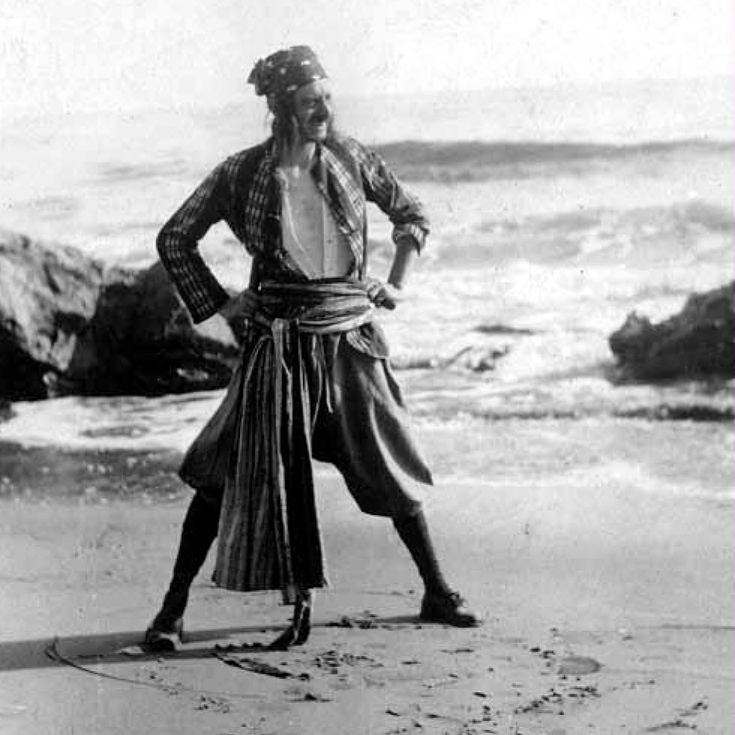 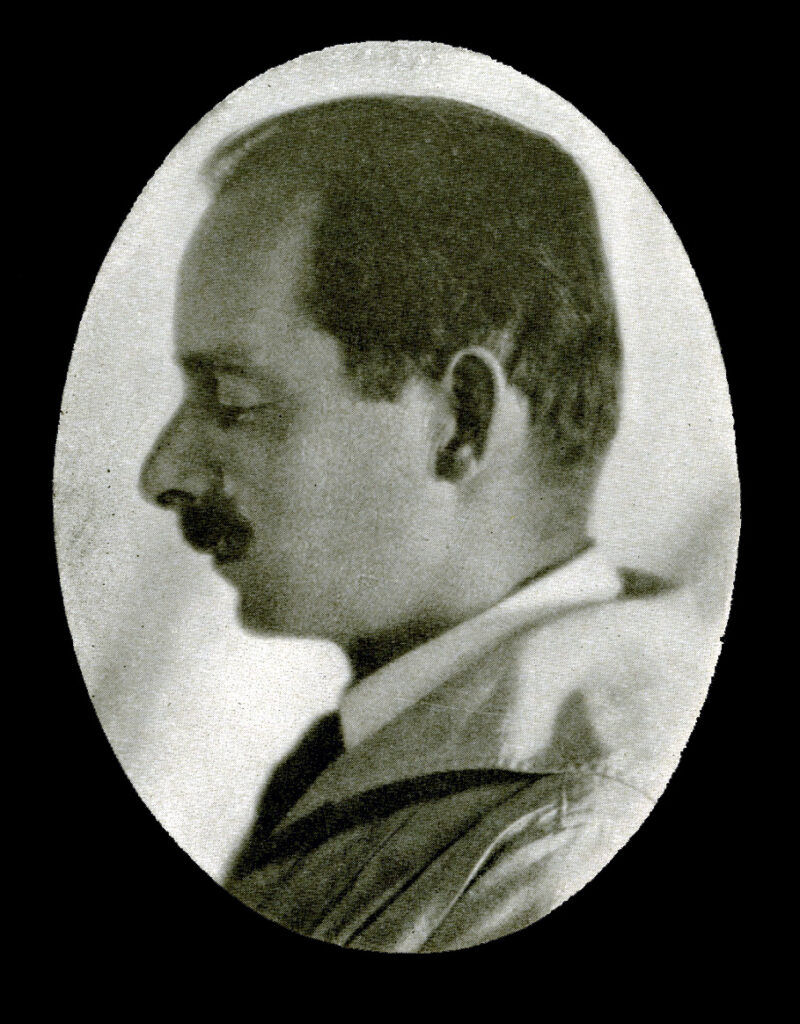 Edgar Alwyn Payne was born in Washburn, Missouri, but there is uncertainty as to whether he was born on March 1, 1882, as is recorded on his marriage certificate in 1912, and his draft registration in 1942, or 1881, or 1883, as recorded in other sources. His parents were John Hill Payne and Nancy Ellen Reed. He was the second of eight children.

Essentially a self-taught artist, Payne left home around 1902 at the age of nineteen. He traveled for a number of years throughout the South, the Midwest, and in Mexico, taking various jobs as a house painter, sign painter, scenic painter, and portrait and mural artist. He settled in Chicago in 1907, where he enrolled in a portraiture class at the Art Institute of Chicago. Dissatisfied with the class, he left after only two weeks. At this time he began landscape painting in the form of murals and small easel works. He exhibited with the Palette and Chisel Club, from which he sold some of his paintings.

Payne visited California in 1909, and spent some time painting in Laguna Beach. He also visited San Francisco, where he met his future wife, artist Elsie Phillippa Palmer (1884-1971), who was working as a commercial artist. He visited California a second time in 1911, and upon his return to Chicago, he again met Elsie who had moved there to take a position as an artist in a commercial art firm.

Soon thereafter, a romance ensued. They were set to be married on the morning of November 9, 1912, but early that day, Edgar reached Elsie to ask that she contact all their guests and reschedule the wedding for later that afternoon, because “the light was perfect.” Elsie understood the artistic value of perfect light and readily complied. On January 12, 1914, their only child, a daughter named Evelyn Phillippa Payne, was born in Chicago.

On a visit to Santa Barbara, in 1916, Payne took a side trip to the Sierra Nevada Mountains and marveled at the beautiful, unspoiled beauty he encountered. This would be the first of countless trips to the Sierra and he would earn a solid reputation as the “King of the Mountains.”

In the summer of 1917, Payne accepted a significant commission for murals in the Congress Hotel in Chicago. The job was huge, requiring over 11,000 square feet of canvas. To produce these murals, Payne rented an old factory in Glendale, California, where the murals were painted. For this project, Payne hired Conrad Buff (1886-1975) as an assistant. In 1918, when the project was completed, they moved to Laguna Beach. Payne became active in the art colony there and was a founding member and first president of the Laguna Beach Art Association in 1918.

Payne was a ceaseless traveler, who painted throughout California, Arizona, and New Mexico, as well as in Canada. No locale was too remote, and he spent a great deal of time in the Sierra Nevada Mountains, living for weeks at his elaborate campsites. Payne Lake, a lake high in these mountains, is named in his honor.

In the summer of 1922, the Paynes went to Europe, painting over a two-year period in France, Switzerland, and Italy. His favorite painting locations were the Alps and in the fishing ports of Chioggia, Italy, and Concarneau, in Brittany, France.

Chioggia is an ancient port located on a small island at the southern entrance to the Venice Lagoon off the Adriatic coast of Italy. For several centuries, Chioggia has served as one of Venice’s “farm islands” and was the source of much of the food consumed in Venice. Among other commodities, Chioggia furnished large quantities of domestic wine to the island city. Indeed, a number of Edgar’s Italian boat paintings bear titles as “Italian Wine Boats” and show the vessels loaded with rows of wine barrels.

Concarneau is one of the biggest ports in France. Situated along the Brittany coast, it has historically been home to a sizeable tuna fishing fleet. In keeping with age-old tradition, the fishermen of Concarneau still use huge nets of a distinctive blue color to haul in their catch.

In Switzerland, Payne was irresistibly drawn to the majestic Alps. His painting of Mont Blanc entitled The Great White Peak received an honorable mention at the Paris Salon in the spring of 1923.

After their return to the United States on September 22, 1924, the Paynes spent some time again in Chicago, then returned to Laguna Beach. Over the next several years they lived in California, Connecticut, and New York and made painting trips to the California Sierras, Utah, and New Mexico.

In 1928, another trip was made to Europe where Payne painted in the harbors of Chioggia and Brittany, this time staying only about three months. Upon his return, he continued to paint the California Sierra Nevada Mountains, a subject which earned him national renown. Payne’s long infatuation with the Sierra Nevada Mountains is documented in a film he produced entitled Sierra Journey.

In 1932, Edgar and Elsie separated but did not divorce. That same year, after a heated argument, Edgar parted from his long-time dealer and friend, Earl Stendahl (1888-1966). On February 9, 1935, Evelyn married John Burton Hatcher, in Los Angeles.

In 1946, Payne was diagnosed with cancer. His wife, Elsie, from whom he had been separated since 1932, reacted with love and immediacy. She closed her own studio and moved back with Edgar at his Seward Street house. She nursed him through his final months until his death in Hollywood, on April 8, 1947. Edgar Payne is buried in Forest Lawn Memorial Park, in Glendale, California.

The perpetuation of Edgar Payne’s memory became the life mission of his widow, Elsie. She did this by organizing a large number of exhibitions of his paintings. In 1952, Elsie, who was also a sculptor, created a bronze relief plaque of her husband for the Laguna Beach Art Association Gallery, now the Laguna Art Museum.

Edgar Payne was a member of the California Art Club, the Painters and Sculptors of Southern California, the Chicago Art Club, the Laguna Beach Art Association, the Palette and Chisel Club of Chicago, and the Salmagundi Club in New York City. His works were exhibited in Chicago and New York. His many awards included the Martin B. Cahn Prize, Art Institute of Chicago, 1921; a Gold Medal, California Art Club, 1925; and the Ranger Fund Purchase Award, National Academy of Design, 1929. In 1939, Payne was elected president of the Los Angeles chapter of the Society for Sanity in Art. In 1941, he wrote Composition of Outdoor Painting, a book which is still in print.