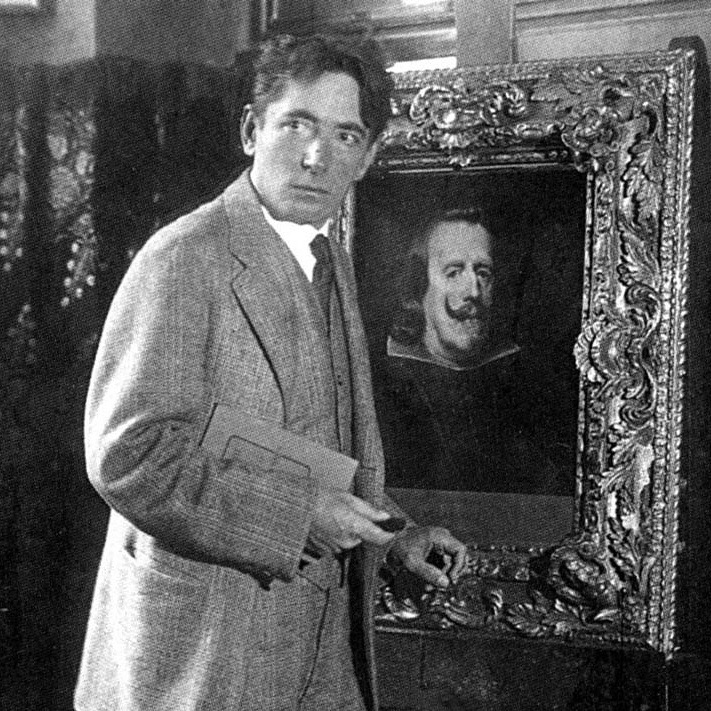 Joseph Kleitsch was born on June 6, 1882, in Nemet Szent Mihaly, what was then part of Hungary but now is in Romania. At the age of three, his mother died. His stepmother encouraged his artistic talents and Kleitsch began painting at the age of seven.

In his teens Joseph Kleitsch was apprenticed to a sign painter, but he left after about eighteen months to open his own studio as a portrait painter. In 1902, he left Hungary and made his way to Hamburg, from where he caught a ship to the United States, and eventually to Cincinnati, Ohio, where he lived with a relative.

In 1904, he moved to Denver, Colorado, and on October 5, 1904, married Emma Multner, a woman he had met in Cincinnati. In Denver, Kleitsch earned a living by painting portraits of prominent businessmen. About 1907, he was in Hutchinson, Kansas, but, after only a short time, he and Emma relocated to Mexico City, residing there between 1907 and 1909.

In 1911, Kleitsch and Emma returned to Mexico City, in the midst of the Mexican Revolution. He was honored by a portrait commission to paint Mexican President Francisco Madero (1873-1913) and his wife. The two returned to the United States in 1912 and lived in Chicago. Kleitsch continued his studies at the Art Institute of Chicago and painted portraits for a living. In 1913, Emma Kleitsch died suddenly from nephritis.

On July 22, 1914, Kleitsch married Edna Gregatis, an art teacher in the Chicago public schools. The ceremony was performed by a judge in the Cook County Municipal Court. On May 21, 1915, a son named Eugene was born in Chicago.

In 1921, Kleitsch and Edna moved to Laguna Beach. He was already acquainted with artists who had preceded him, most notably Edgar Payne, whom he had befriended in Chicago. He again established himself as a portrait painter, his main source of income, but also began to paint landscapes and street scenes of Laguna Beach and its environs. He was a bold colorist, employing a bravura brush stroke. He especially enjoyed painting in and around Laguna Beach, often choosing views that he knew would soon succumb to real estate development.

In 1925, Kleitsch and Edna traveled to Europe, visiting Spain and Giverny, France, where he painted portraits and landscapes. He returned to Laguna Beach in November, 1927.

Joseph Kleitsch died at the age of forty-nine on November 16, 1931, in Santa Ana, California. He was struck down by a heart attack in front of the Santa Ana Courthouse.