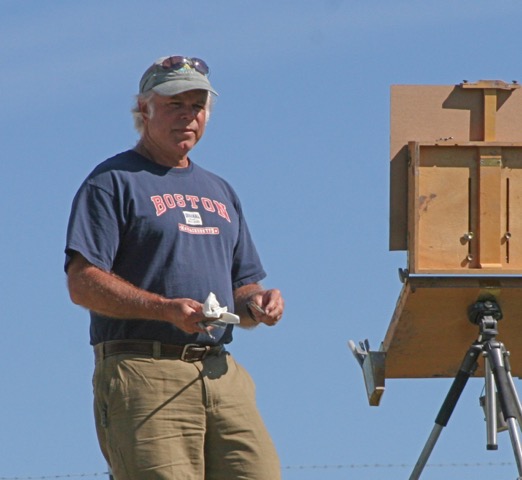 Cosby started traveling at an early age. At 18 he was chosen as an advance man for the Executive Branch of the US Government, served under two Presidents and traveled the world. He met many interesting people and saw many things but what most interested him were the great works of art he encountered. “They haunted me and helped set the course for my career as a painter”. After leaving the White House, Cosby rebuilt an old classic sailing sloop designed by Nathaniel Herrishoff. With a friend (who had dreams of being a writer) set sail up and down the eastern seaboard in the inland waterway for 3 years. Thus he began his art career.

“Doing drawings of anything that moved me, things began to sell and my course was set,” said Cosby.

Upon his return to the California, Cosby began painting the sea and landscape of coastal California. With a strong gallery response, his success as a painter quickly followed.

John was one of the five original Founding Members of LPAPA, who came together with Founder Saim Caglayan along with Ken Auster, Jacobus Baas and Cynthia Britain, to create the Laguna Plein Air Painters Association.