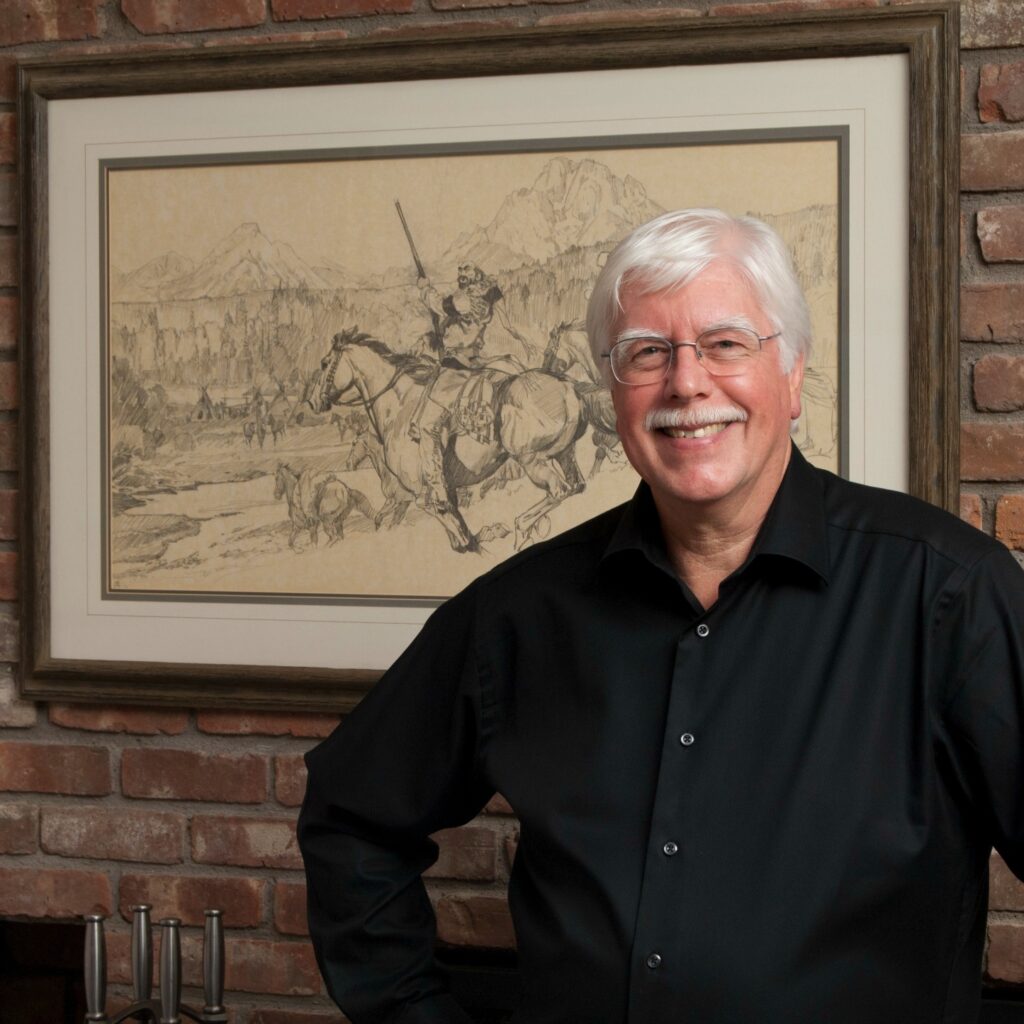 Born and raised in the Rocky Mountain West, Tim Newton is widely known in the art community and is respected by artists, collectors, and art professionals alike.

Among many other endeavors, Tim volunteers at the famed Salmagundi Club in New York City where he recently completed his fourth term as Chairman of the Board and CEO. During his tenure of leadership, Tim led Salmagundi through eight years of unprecedented growth.

He is the Founder and Curator of American Masters, an annual exhibition and sale at the Salmagundi. Since its inception in 2008, the show has become one of the premier events for representational art. With American Masters, Tim proposed and began the fundraising for the 1.7 million dollar renovation of Salmagundi’s main gallery, which was completed in 2014. The next American Masters opens in September, 2020.

An art collector for almost 30 years, Tim (along with his wife Cathi) has amassed a collection of more than 350 artworks. Theirs is a collection of great diversity which includes pieces by many of the top artists working today. The collection has been featured in several magazine articles.

Widely acknowledged for his discerning eye, Tim is a frequent judge of national and international shows and competitions. He has judged, among others, the Oil Painters of America Virtuosos (Master and Signature Members Show), the Mystic International Maritime Exhibition at Mystic Seaport as well as Plein Air Easton (Easton, Maryland) in 2012 and again in 2016. In 2018 he was a jurist for the prestigious Art Renewal Center Competition and in 2019 has judged both Door County Plein Air and The Buffalo Bill Cody Show and Sale.

He is a sought-after commentator on the subject of art and collecting. In May of 2017 he was invited to China to speak at the prestigious China Central Academy of Art in Beijing and the Tianjin Academy of Fine Arts in Tianjin. He is often a featured speaker at museums and events.

In July of this year, Tim assumed the role of Publisher at Western Art and Architecture magazine, one of the premier art publications in America.

He and his wife Cathi live in Santa Fe, New Mexico. They have two daughters.