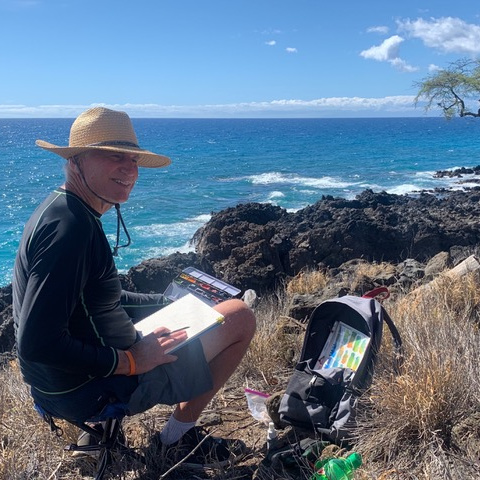 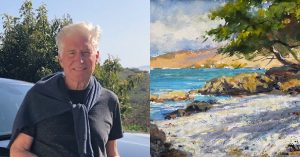 David Damm was born in Kansas City, Missouri. He graduated from Art Center College of Design and later studied with the noted Russian artist, Sergei Bongart (1919-1985). David’s career began illustrating books, magazines and newspapers. In 1981 he began exhibiting, and has since participated in numerous exhibitions, throughout the country, including the Natural History Museum, The Muckenthaler Cultural Center, The Bowers Museum among many others. He was featured in “American Artist” and has received many top awards including ‘First Place’ at the 1996 Mission San Juan Capistrano Plein Air Painting Event sponsored by Joan Irvine Smith. His greatest honor was meeting and completing a commissioned portrait of President Ronald Reagan. 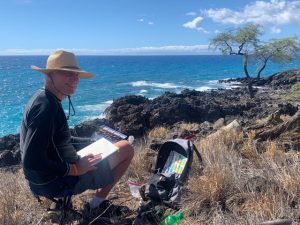